A Love Affair with Golden Smalt Hue (and other new colors)

I’ve been busy this past month, teaching workshops, painting and also assimilating a bunch of new Golden Acrylic products into my studio storage system.

I received two cartons of Golden products several weeks after the training workshop I attended in New Orleans (see the previous blog post). It was a major event, unpacking and admiring all my new supplies. Then the domino effect ensued. In looking at all the new stuff, I realized I’d need to get it organized and in doing so, I’d also need to reorganize the supplies I already had. Soon my studio was turned upside down.

After much sorting and resorting, I ended up at Home Depot where I bought 2 sets of wire racks and at Target where I bought some clear plastic containers. I eventually sorted the supplies into categories and put them in their new home. I have yet to consolidate all of the supplies I had already before the Golden delivery, hence the yellow box perched precariously on top of the racks. I’m not going to show the jumble of other supplies I need to incorporate. 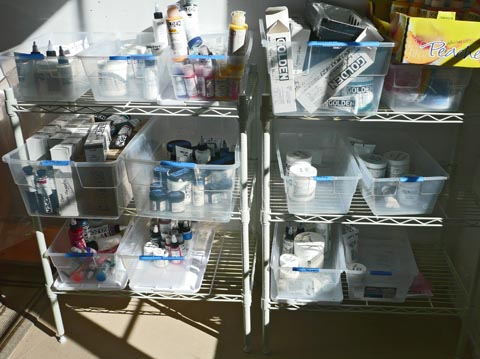 One of the unexpected (at least for me) delights about all this new paint is that there are quite a few colors I’ve never used before. One of the oddest colors is Smalt Hue. I got 3 tubes of it. I was curious, so I squeezed a little bit out and boy, was I unimpressed. A boring grayish, purplish, blueish, very wimpy and transparent color. So I decided to test drive it in a color wheel. Golden suggests the combination of Aureolin Hue (never used or heard of this one either) and Quindacrinone Crimson, which is a part of my normal palette of colors and Smalt. 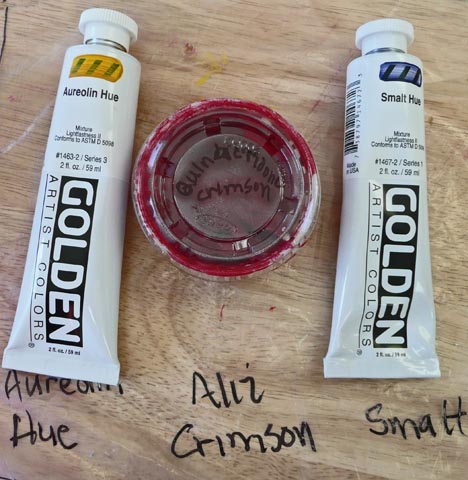 It was pretty unimpressive, in my humble opinion, although there are a few interesting results. 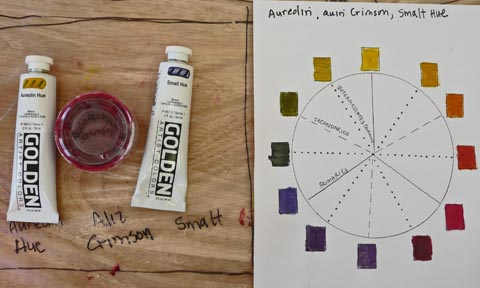 Not one to give up, I decided to give Smalt a try on 3 paintings I’d just started. This early on in the painting process, I’m all for experimenting. The paintings are barely formed and will have many layers applied before they are completed, so there’s nothing to loose. Well, was I surprised, amazed and thrilled. It is a subtle shade of purple/blue/grey that I’ve tried many times to mix without much success. If you look at the top of the painting in the center, you’ll see a hint of Smalt. 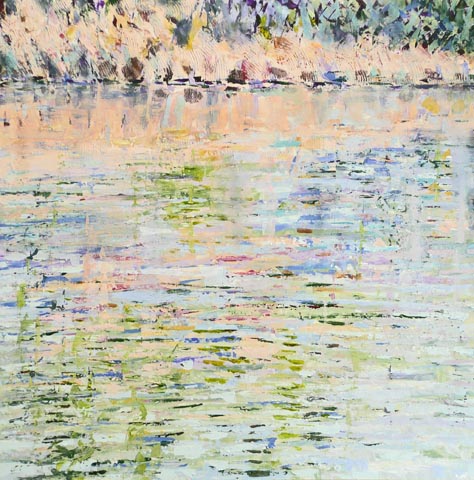 Then I decided to give Smalt a go on a couple of sunflower paintings I just started and was amazed. That subtle shadow color that’s so hard to get, well, it’s Smalt. 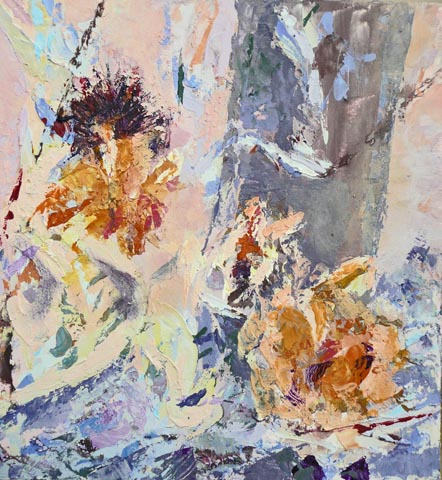 And more Smalt in this one, too. Hard to point out as it’s in dibs and dabs here and there on both paintings, but trust me, Smalt is going to propel me to the next level of painting. Well, maybe I’m exaggerating a bit, but still. 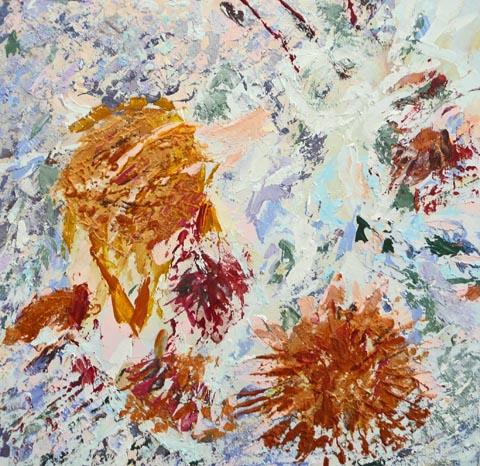 The thing that’s so exciting is that this is not a color I ever would have tried out, much less bought. But now I have it and I love it and I’ll be using it. And guess what, I have a whole bunch of other unknown (to me) colors to test out.

P.S. I’ve also fallen in love with the name of this elusive color. Smalt.